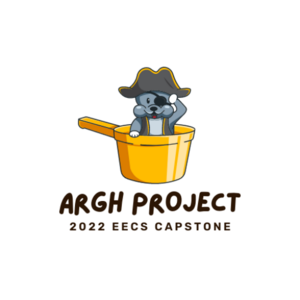 The ARGH project in collaboration with Collins Aerospace is to create a graphical history (video in the form of a series of images) recorder for large commercial and military drones. The goal for our project is to be able to save the data from a GigE Vision camera and a USB3 thermal camera using the Nvidia Jetson AGX Xavier platform to allow other people to review it later. This is to facilitate an aerial reconnaissance mission where a large drone will be able to record aerial graphical data by taking multiple images every second. Our system needs to record, store, organize, and self-monitor data collection to ensure whole hours of images can be taken without any errors. Our system is robust to power failures and has variables saved in ways that allow easy continuation in data from where the system left off when it lost power.

The main challenge of this system was getting all the pieces working in conjunction with one another. We used forking and multithreading techniques to allow one primary executable to run both camera recording programs, a storage managing program, a user interface, and a display at the same time. This allows for a user to set a preset delay before recording begins as well as a defined recording length without needing a computer monitor attached to the Nvidia Jetson. In combination, this means the system can be plugged into a wall, be set up by a user, and then later be attached to a drone and its power source where it will turn on, time itself, and record automatically without further human interaction. Thanks to our setup with stored variables, the device will always remember what second of recording it was on in the case of a power failure and resume from where it left off. This was a key piece of our project since we do not know much about the drone it will be attached to, including how stable its power supply will be.

Please check out our project showcase site for the most up-to-date information including detailed project documents at  https://argh.anth.dev.