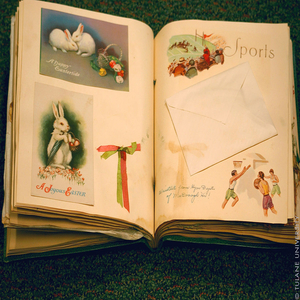 Scrapbooking is a practice that has been around for many centuries. As technology has advanced, so has the scrapbooking activity, with many people wanting to create their scrapbooks using a computer, whether for convenience or environmental considerations. There are various programs that people currently use for this, however, they can often be difficult to learn, and often have many elements that are not relevant to scrapbooking. These programs often cost money, which causes people who want to use them for scrapbooking to end up paying for many features they don’t need. Imagine needing a screwdriver, yet the store only sells swiss-army knives.

The Digital Scrapbooking Image Editor project aims to create an image editor tailored to the online community of digital crafters. Our project partner, Pixel Scrapper, is a subscription service that describes itself as “the Netflix of digital scrapbooking”. They aim to streamline and make the digital scrapbooking hobby accessible through forums, tools, and affordable assets. Working with Pixel Scrapper, we worked primarily with two of their team members. The creative lead and overall head of Pixel Scrapper is Merissa Lerin. She often provided big picture guidance and feedback on usability. For the technical aspects, we primarily worked with Jordan David, the webmaster and systems administrator for their site. A link to their website, along with a link to the live version of the project, can be found below.

For our project we were assigned to modify an existing application named MiniPaint, which is a browser-based image editor. This open-source application was located on Github, where we were able to create a fork of the repository to work on. MiniPaint was originally programmed in Javascript, using node.js so this is what we primarily worked with while developing the application.

We made many changes and additions to the MiniPaint editor to create Pixel Scrapper’s desired tool, named Scrapbook Maker. One of our primary objectives involved overhauling the user interface, with the goal of simplifying it for use in digital scrapbooking. Another major change we made was the heavy integration with Pixel Scrapper’s servers. The application is now able to directly use Pixel Scrapper’s resources, which includes thousands of images and templates. As many of these templates are in the form of Photoshop files, we also added .psd file support to the application. To achieve other goals for Scrapbook Maker, we have also reconfigured the code supporting a number of the available tools, created a system for users to log in, and provided a number of bonuses for premium users.